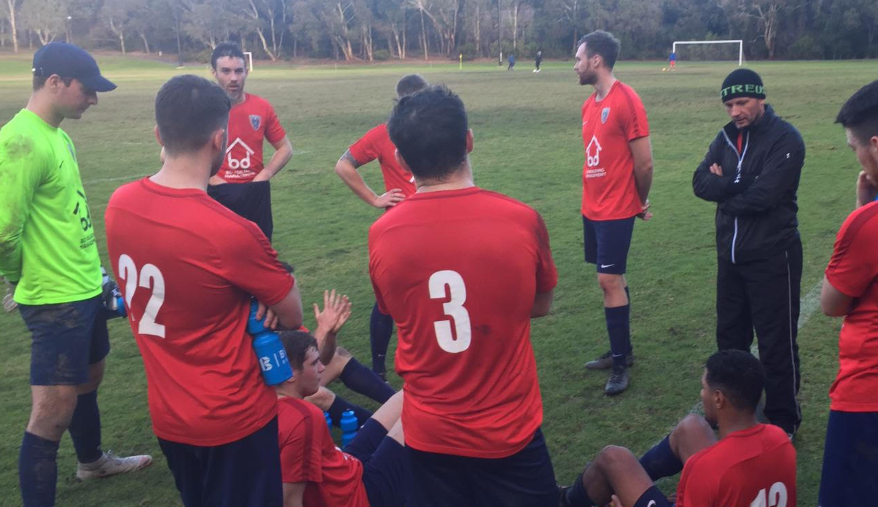 Man of the Match: Xavier Clayton

Coach Comments: Well, where to start. Yet again the stronger team by a country mile and yet again not getting the win. That is the game though and sometimes the best team doesn’t win.
We missed a penalty (It was saved by Steve Ooi annoyingly) and they scored a fluke of a cross which floated in. We missed several chances and they had only 3 or 4 in the whole game. They celebrated a draw and we mourned a draw like a loss. We are still the team to beat, we know it and with 11 left to play, 10 at home and some fine tuning, we’ll do the business back end of the season.  The goals.  Brilliant goal from Bubba, took on two defenders and when the ball popped up, a left footed volley dipping under the crossbar. The second, great team play with Bubba once again instrumental, feeding Xavier who controlled well and a great placed effort.

Man of the Match: Julien Echeverria

Coach Comments: The weather gods shone upon us and let the rain fly right on kick off!

A back and forth game from end to end, side to side. Plenty of chances from our corner kicks but just couldn’t convert. A lucky goal off the post and the keeper for them to go up 1-0 and a deflection of our own player to make it 2-0 just before full time.

Onwards and upwards for the next one!

Man of the Match: Ollie and Chris

Coach Comments: Great performance today. Three different goals, first, left foot speculative shot from Leo which their keeper allowed to get past him, Ollies a thunderous strike from outside the box and the 3rd, Max taking advantage of the goalkeepers drop from a Syd corner to smash home.

***If you are wondering where the other reports are, your coach hasn’t completed it***