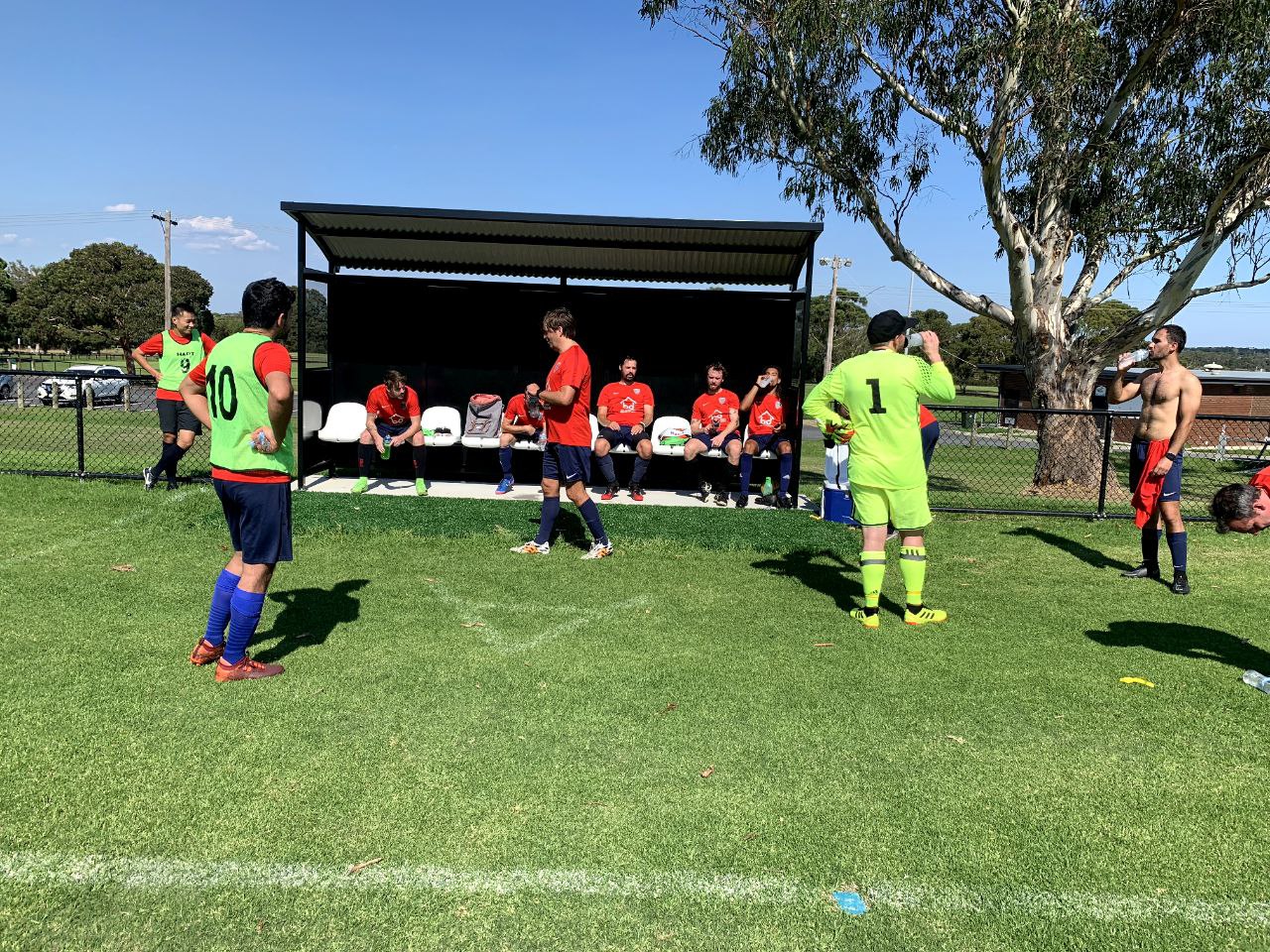 The 3’s continued their pre season prep with a trip down to Baxter in the stiffling heat.

The starting line up was Rob in goal, Tristan, Thibaut, Dave and Neil (R-L) across the back, Josh, Sinan, Pete and Loai across the midfield and Adam and Scotty started up front. Subs were Ben, Curtis and Jordan.

It took the 3’s a little while to find their feet with Baxter starting well and keeping possession nicely on a carpet of a pitch, however after 10 minutes we started to find our feet and pass the ball around nicely through midfield and had a number of decent chances and a couple of close offside calls against us.

The injection of Ben up front for Scotty and Jordan on the left lifted the Parkers and this led to some nice interchange work with Ben neatly beating a defender and calmy slotting it into the far corner.

Defensively we never looked like conceding despite Baxter playing 5 across the middle with one man sitting just behind the front man which did afford them some space coming forward, however the 2 rocks at the back (Dave and Thibaut) easily contained any danger.

The second half unfortunately was a bit of a mess, we lost our shape a fair bit and the heat and lack of training really started to tell on our fitness, along with the multiple changes we were making to give everyone a decent run out.

Despite this Baxter didn’t fashion any clear cut opportunities however equalised when a mix up in the box from a high ball in led to a header which was smartly saved by Rob but came back off the post into his back and in.

The Parkers had a golden opportunity to snatch the win in the closing stages, but Neil the maruading left back skied his shot from 10 yards out.